At Hart & Cooley, we are driven to provide high quality air distribution products that make buildings more comfortable, safe and energy efficient.  As a leader in the HVAC industry since 1901,  we manufacture and distribute a portfolio of some of the most recognized and trusted brands in our industry, including Hart & Cooley, Selkirk, AMPCO, AmeriVent, Heatfab and MILCOR. In our own facilities throughout the United States, Canada and Mexico, we engineer, make and test our products to meet the most rigorous standards. Hart & Cooley is considered a ‘one-stop shop’  offering our customers  a large selection of reliable products, convenience,  efficiency and value.  Please explore our site to discover our portfolio of residential and commercial products including grilles, registers, diffusers, commercial and residential venting and chimney systems, flexible air duct systems, ventilation duct components, commercial rooftop products, and air filtration products and systems.

Howard Stanley Hart was an entrepreneur, inventor, industrialist, and builder.  One of Hart's many inventions was a steel heating register that proved superior to traditional heavy cast-iron models. In partnership with Norman P. Cooley, Hart established the Hart & Cooley Manufacturing Company in New Britain, Connecticut in 1901. This new company became the first in the nation to manufacture warm-air registers from stamped steel, a product line that gained instant success.

In the Roaring Twenties, Hart & Cooley expanded their register business to Holland, Michigan, where they opened a manufacturing facility. By the early 1930s, Hart & Cooley was the world's largest producer of warm-air registers. The Holland plant grew and soon featured unmatched facilities for research and manufacturing.

WWII required American companies to help the military, and Hart & Cooley was no exception. During these years, the company worked three shifts on a 24-hour basis to produce watertight shipboard electrical boxes and 60-millimeter mortar shells instead of their usual HVAC products. During the Korean War, the mortar dies and special presses were brought out once more to support the troops.

During the second half of the century, Hart & Cooley expanded into many other products lines, winning Michigan's Achievement of the Year honors for a developing a line of Type-B vent for gas-fired appliances.  This was followed closely with the development of all-fuel chimney systems.  Thereafter, to further expand their product offering, Hart & Cooley acquired several manufactures of flexible air ducting.

Today, we remain a respected leader in the air distribution products industry and are committed to supporting our customers and their businesses with high quality products and service. 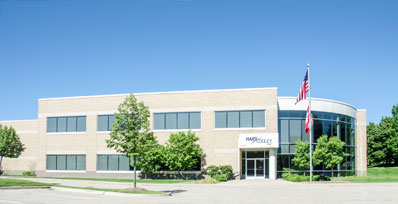 We test to the most rigorous standards, codes and environmental conditions.